Mistress tests boyfriend by teasing him and farting

This mistress knew that her boyfriend loved her ass but he hated farts. So she wanted to see how he would react when she mixed those two. She teased him and she put on a show for him. He sat back and watched as he got turned on. But before he could get up and go to her, she farted. He went back to his seat but still, her ass on his face was tempting.

Mistress and her love for farts

This mistress likes farts and she likes playing with them. She does not like them because of humiliating losers with them. She likes them for herself. She has never used her fart fetish to humiliate anyone and she is not planning to. All she does it enjoy her farts, try to find out more about them by checking the smell against what she ate and even trying to bottle them.

When this mistress realized that she was cornered by this guy to have sex with him, she had to come up with an excuse real quick. She had lied to him so many times and she had run out of excuses. Luckily for her, she felt a little bloated so she used it to get away from him. She farted and as he appeared disgusted, she did it more and more and she even facesat on him as she did it. He was pissed and never wanted anything to do with her and she was relieved.

Mistresses fart on guy for trying to sabotage their business

Mistress Tiffany and her friends found out that this guy was at their store to check it out so that he could go back and report to their competitors. They did not mind as they were sure of their business model and they worked hard to make their business a success. But they did not like how he tried to destroy some items to make them look bad. They caught him on CCTV and they took him to the backroom and they farted on him and facesat on him cruelly.

Mistress Kaidence has a nice round ass. She knows her boyfriend loves it as he also loves her pussy and today she wanted to use his love for those two to humiliate him for fun. So she teased him with her ass and she spanked herself. She turned him on and she told him to lick her ass and he did. While he was doing it, she farted on his face.

Mistress Martina loves being naughty. And today she wanted to take it a notch higher. Her boyfriend loves the fact that she is always looking for new ways to have fun. But she was not sure he was going to like what she wanted to do to him today. She teased him a bit and when she was on top of him and especially facesitting on him, she farted on him and dominated him using the farts. 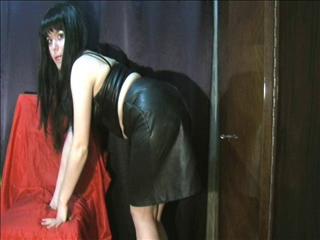 Mistress Valeria smells her own farts

Mistress Valeria likes her own company. And that has resulted in her liking some weird stuff. One of them is fart fetish. She loves fart fetish and she enjoys using it to humiliate and punish anyone who pisses her off. Today she was alone and she wanted to enjoy it. So she went to the bathroom and she farted in there and she tried to relate what she had eaten to how her farts smelled. 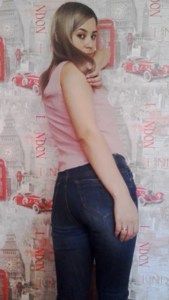 Mistress Gaia and her boyfriend like to do naughty things. Today they wanted to try fart fetish. So they had a bet and she won it. Whoever won the bet was the one who was to fart on the loser. So she got on top of her boyfriend. She was already naked so she facesat on him and she got him to smell her farts. Luckily she had them ready.

Mistress Gaia was not impressed with the kind of work her slave had done. She was pissed and she wanted to make sure he never did that sort of work again. She likes farting and she felt like farting so she used her fart fetish to punish him and humiliate him. It was cruel and brutal but at the end of the day, he learned his lesson and never messed up again.

Mistress Gaia farts to relieve herself

Mistress Gaia had a stomach upset. It had not developed to diarrhea yet but she had a lot of gas. She did not want to suffer alone so she called her slave and she had him smell her farts. She farted a lot and it helped as it relieved her stomach and at the same time she had fun as she got to humiliate her slave for what he had done to piss her off.