This guy was an admirer of mistress Marta and she could tell he wanted more and for her that usually meant that he wanted sex from her. She was not ready for that especially with him and she had to find a way to chase him away. So she did it by using her farts. The mistress farted on him as if she had planned it and he got scared and he ran away.

Lady Shay wanted to try fart fetish and she did it on her slave. She did not fear her slave and she made sure that she dominated him with her farts so as to get an experience of how it felt. The mistress facesat on him and she also ordered him to stand behind her ass and smell her farts. The guy was so scared that he did all he was asked.

This mistress was excited to fuck this guy but he came too quickly and then his dick became flaccid. He did not do the things he had told her he would do. She was very disappointed in him and she had to make sure she came and she punished him. So she facesat on him and as she did, she rode his face and she rubbed her pussy and clit against his face until she came. She also farted on him as punishment.

This mistress wanted a cruel way to punish this guy but she wanted it to be one which was not painful. She chose fart fetish and she did not look back. The mistress had the girl lie down and she facesat on her before she unleashed her farts on her. The girl nearly choked as she was made to lick and smell the mistress' farts. But she got the message the mistress wanted to send.

Mistress Alexandra had a lot of time on her hands and she wanted to pass time. So she looked around for what to do and she settled on fart fetish. She did not hesitate to use her farts to dominate. The mistress enjoyed herself as she turned this guy into a fart slave and a fart licker. He had no choice but to endure her farts until she was done with him.

Mistress Madison wanted to do things she had never done before. One of those things was to fart on guys. She waited for someone to piss her off so that she could use farts to punish him. And as luck would have it, this guy angered her a few minutes later and she was able to get the guy to dominate and humiliate. She loved watching how humiliating it was to him.

Mistress Sophia was asked by her boss to remain in the office to do some work when other colleagues had left. And she realized that her boss had a thing for her and he wanted to fuck her. But she had to be sure how much into her he was. So she made him worship her ass and smell her farts. He did it and she knew she had him good.

Mistress Tink and mistress Cassie had paid this guy for entertainment services but he did not entertain them. They got bored of what he was doing and they had to get value for their money. That is why the mistresses chose to fart on him and humiliate him for their own fun. He did not see any of it coming but he could not do anything about it. He was powerless.

Mistress farts on cousin for wanting to sleep with her

This mistress found out that her cousin had a thing for her and he wanted to sleep with her. She was so pissed but she disguised her anger and she teased him with her ass before she used it to fart on him and she nearly took a shit on him but she stopped as it was a first time and she left it for a second time if ever he would try any stupid thing. 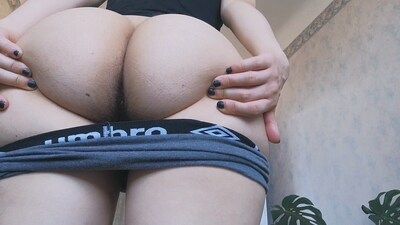 Mistress Emma farts on guy for being a handful

This guy was a handful and mistress Emma did not like that about him. She wanted someone easygoing and she had to make him be that way. She chose to use her facesitting fetish to dominate and choke him. She wore jeans as she did it and it was a painful thing for him but she did not stop or go easy on him. It was a cruel thing and he learned his lesson and cooperated with her.