Mistress Bianca tortures guy for not taking a hint

When mistress Bianca realized that this guy was adamant about seducing her even after she put him off, she only had one option and that was to humiliate him and show him practically that she did not want him. So she called him to her house where she facesat on him and humiliated him with her ass. She even farted on his face to make it more humiliating. It was then that he got the message. 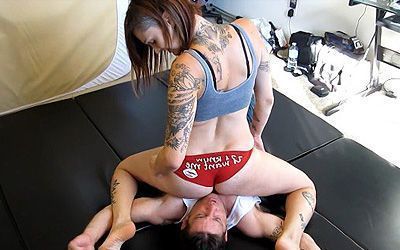